CBD should not be considered as a substitute for cancer treatment, but it may be used alongside these treatments to help provide further benefits. CBD activates PPAR (peroxisome proliferator-activated receptors) situated on the surface of the cell's nucleus [1]. Activation of these receptors has an anti-proliferative effect, meaning it inhibits cell growth on tumours. Additionally, it has an ability to induce tumor regression in human lung cancer cell lines. This suggests that CBD may be able to help exert some anti-cancer effects. Furthermore, evidence from animal studies has suggested that cannabinoids can help to reduce cancerous tumour growth [2]. 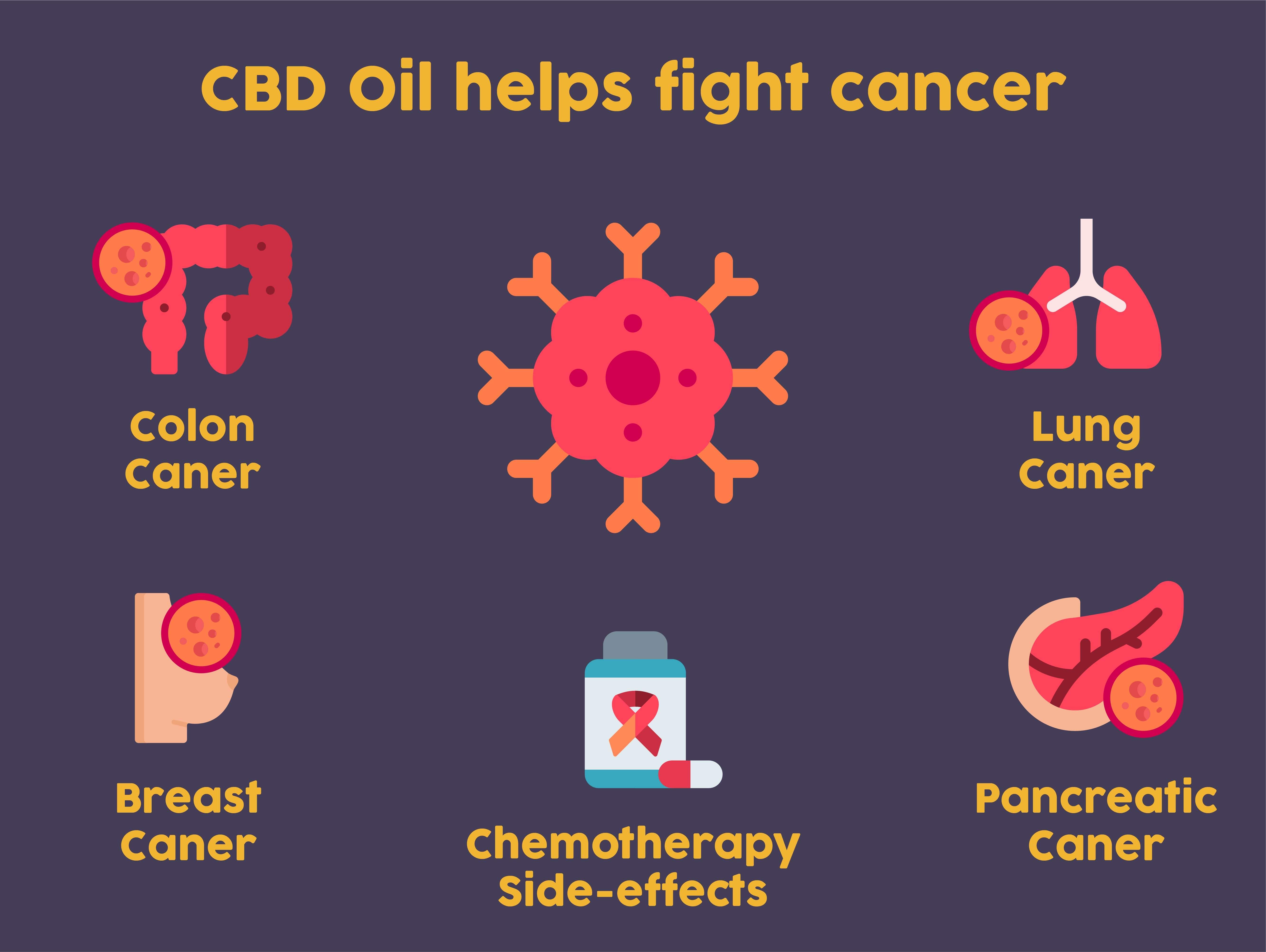 It has been suggested that cannabinoids may also enhance the uptake or increase the potency of some drugs used to treat cancer. A 2019 review of various studies focusing on pancreatic cancer found that cannabinoids can help to slow tumour growth, reduce tumour invasion, and induce tumour cell death [2]. Another 2019 study suggested that CBD could provoke cell death and make cancerous cells more sensitive to radiation, with no effect on healthy cells [2].

A 2014 study on men suffering with colon cancer suggested that CBD may inhibit the spread of cancerous cells in the colon [2]. Separate research suggested that CBD significantly reduced breast cancer cell reproduction and invasion [2].

It may also be possible to use CBD to help cope with side effects of chemotherapy and radiation. These treatments for cancer can cause many unpleasant effects, including nausea, loss of appetite, and neuropathic pain. Research suggests that cannabinoids may help to ease these symptoms. At high concentrations, CBD directly activates the 5-HT1A serotonin receptor [1]. This receptor is partly responsible for regulating many biological processes, including appetite, nausea, and vomiting. CBDA (another cannabinoid found in the hemp plant) has an even stronger effect on this 5-HT1A receptor; studies indicate that this can have powerful anti-nausea properties [1].